The flora Of Kamchatka 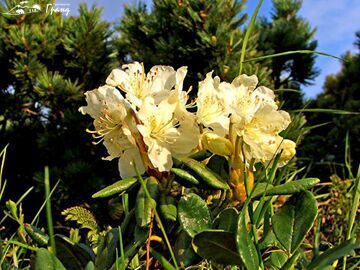 boasts abundant flora. The variable climate promotes different flora zones where tundra and muskeg are dominant succeeded by grasses, flowering shrubs and forests of pine, birch, alder and willow. The wide variety of plant forms spread throughout the Peninsula promotes just as wide a variation in animal species that feed off them. On Kamchatka one can explore tundra, conifer and deciduous forests, as well as marine zones. The sculptural stone birch forests, most common on Kamchatka, grow spaciously giving these forests a park-like view and make for very pleasant hiking. In the interior Milkovo area, there are white birch forests and near Esso and on the Kronotsky Preserve there are isolated stands of pine. Also in the Esso and nearby areas are abundant larch trees. Riverbeds are often lined with willows and some alders and hikers into the alpine tundra will cross patches of alder and Japanese pine. Over 1000 species of plants thrive in the short growing season.
The are umbellate plants: bear root, borschevik and others. S.P.Krashenninikov, the Russian scientist who visited Kamchatka in the last century wrote about Kamchatka giantism: “ Grasses in all Kamchatka are so high and juicy without withdrawal, that it is difficult to find similar to them in all Russian empire. At the rivers, lakes and in coppices they can be much higher than the person and grow so quickly, that in one and the same place it is possible to put hay to the last measure three times. It is impossible to find places more suitable for keeping cattle.” The numerous researches, carried out in this area, have shown, that appearance of the gigantic plants in the peninsula should be connected with numerous hot and cold springs of Kamchatka, the waters of which contain much salts and microcells. Probably, therefore other gigantic plants are found in the peninsula . For example, this place is suitable for transplanting different sorts of grain cereals. "Revived" by the tasty water they grow higher. Nevertheless this feature of the peninsula has not made it the new granary of Russia. Other feature of Kamchatka which can’t be noticed with the naked eye - rather few number of plants (more than 800 kinds) grow here. Endemic plants, that is peculiar only to this territory, are found in the peninsula more often than everywhere else. It numbers more than 100 sorts. Among them - Kamchatka willow Gultena, near relation of so-called goat willow, growing in flood-lands of many Siberian rivers. And also - Fir Graceful the varieties of which - Firs Blond and Sakhalin – are found in Amur area and Sakhalin. Stone or Black Birch or Birch of Erman is considered the main tree of the Kamchatka peninsula. For people which remember appearance of White Birch, habitual to us, Stone Birch will seem to those, who remember the appearance of White Birch, habitual to us, a parody to our Russian beauty: so ugly and plain it is. First, Kamchatka birch has brown trunk with white bark inside. Second, this bark periodically exfoliates by itself, that’s why fluttering downwind it resembles old woman’s hair. The woods, consisting mostly of Kamchatka Birch, stretches in the peninsula along the Kamchatka mountains with the heights 400-600 meters.
And only in the valley of the Kamchatka river the so-called coniferous island, consisting of larches and fir-groves, is located. And it is very strange that White Birch, familiar to all, can be found in this place.
It is necessary to tell about sea seaweeds, strewing the coast of Kamchatka. Brown seaweeds, the varieties of sea kale: kelp, agar, growing in the depth of 10-15 meters and representing the great interest both for cookery, and for medicine presents special value. Besides the rarest kind of seaweeds – red seaweed can be found in the sea depths. It is necessary to sink in the depth of about 60 meters in order to get it To get them. Green seaweeds - so-called sea grass which is quite often used for aquarian design - can be found in the parcels of the sea-bottom near the confluence of rivers.